There will be two $250 winners choosen!

Who knew Foosball was such a big deal? 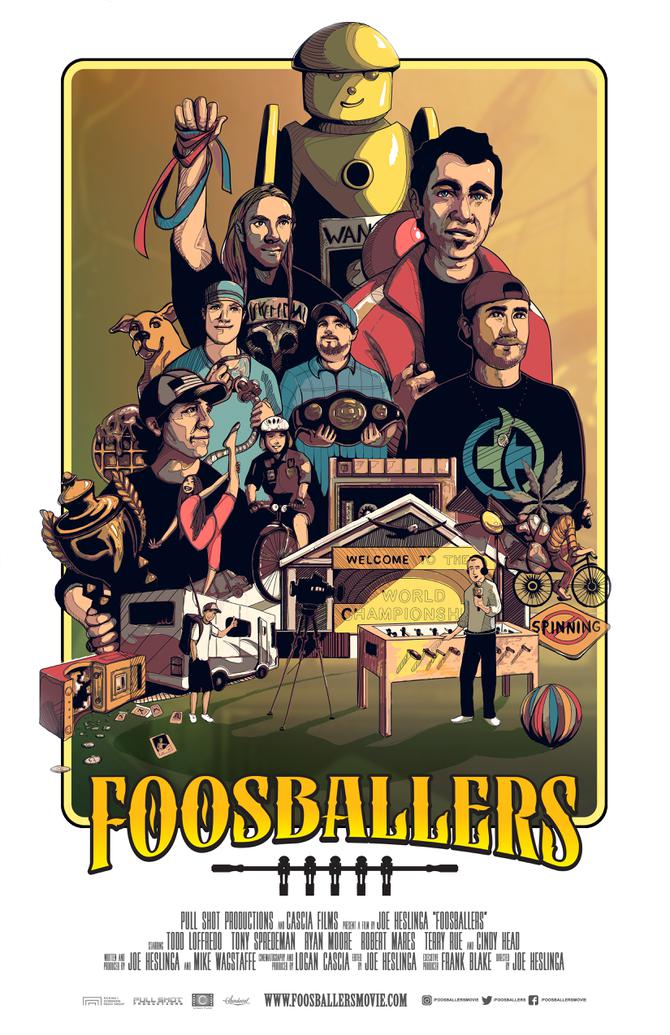 "Foosballers" tells the remarkable, rollicking story of the game EVERYONE knows, but VERY FEW live for. This documentary takes a deep dive into the underground world of professional table soccer through an ensemble cast of quirky characters and obsessive fans. "Foosballers" explores the sport's rich and relatively unknown history - covering its meteoric rise in the 70s during the Million Dollar Pro Tour, its devastating collapse in the 80s, and its current resurrection today.

See "Foosballers" on demand now on iTunes and Vimeo On Demand, find links to each at  foosballersmovie.com .

Joe Heslinga, Director, Co-Writer, and Co-Producer of "Foosballes" joins Nikki to talk about this documentary that follows 6 of the game's top players as they prepare for the Toronto Wold Championships.

I'm a Central Wisconsin girl born and raised. I grew up in Port Edwards and participated in cheerleading, basketball, volleyball and softball as well as many clubs like National Honor Society, SADD, yearbook and forensics. I was a very busy high school student and still managed to get good enough grades to go to college at UW-Stevens Point where I was just as busy between working 3 jobs including executive staff positions at the campus alternative rock radio station and volunteering at the campus television station.

After graduation I thought I would take my BA in Mass Communications with emphasis in Broadcasting and Journalism and Minor in Political Science and become a big time reporter in some major city. But instead my internship with our news station here at Midwest Communications turned into a part-time job and opened the door to the morning show co-host position at WDEZ. After 9 1/4 years of fun in the mornings I was promoted to Assistant Brand Manager and moved to The Workday Getaway.

I couldn't deny my love for rock anymore! It was time dive head first into the genre I spent my formative years listening to day in and day out. When the opportunity arose for me to become the Brand Manager for Rock 94.7 and host the morning show I couldn't pass it up.

I'm so happy that I stayed in Central Wisconsin I couldn't imagine raising my three daughters anywhere else.

First concert: Bryan Adams 1992 at the Target Center in Minneapolis (I was 12)

More From Getting REEL

More from Getting REEL